I take the chance that these are the best photos of the month.  Harald helped me getting these, so these are joint photos of both of us.The first photo is not of high quality, but it is remarkable since it has both a Water Rail and a Jack Snipe in the same photo!

The Water Rail (Vannrikse) is in average reported sighted about 10 times annually in Bergen, while the Jack Snipe (Kvartbekkasin) is only seen about 1-2 times every year in Bergen. This was the second sighting in 2012. So Harald and I were really smiling in the sunny day of December 22. And the place we saw these was only 2-300 meters from our houses! The Jack Snipe has been reported seen only once before so close to the city centre of Bergen (in 2005).

Jack Snipe on the right, Water Rail on the left with the head down in the creek: 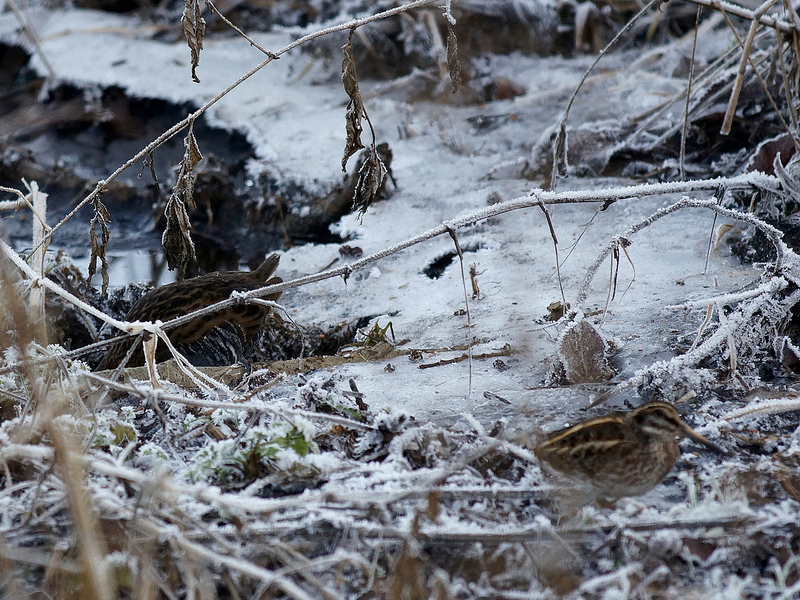 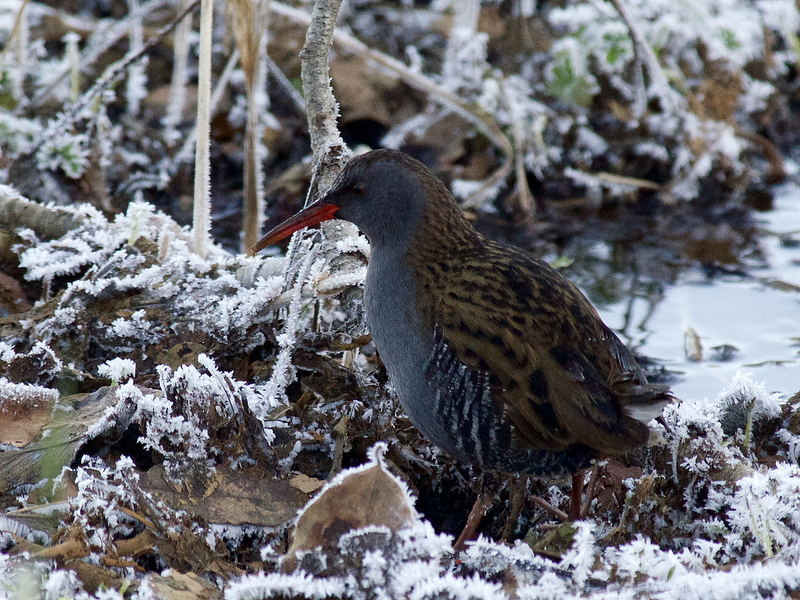 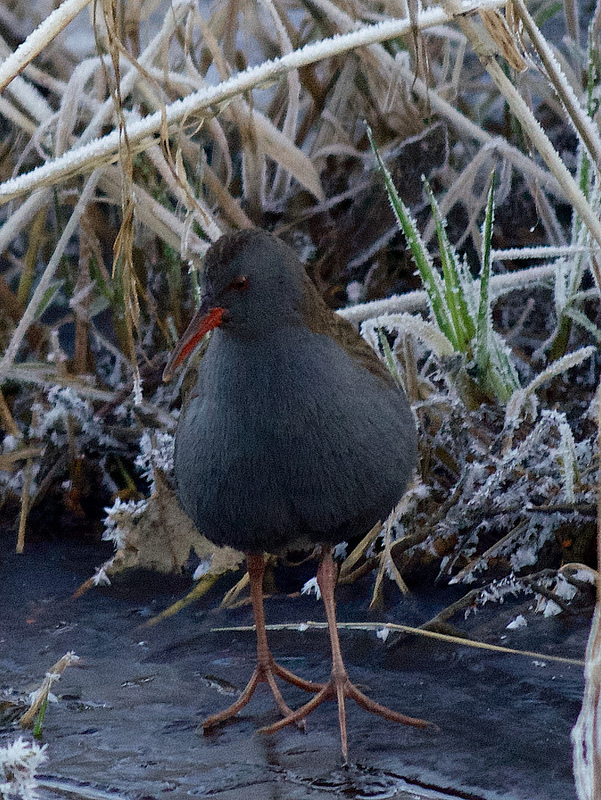 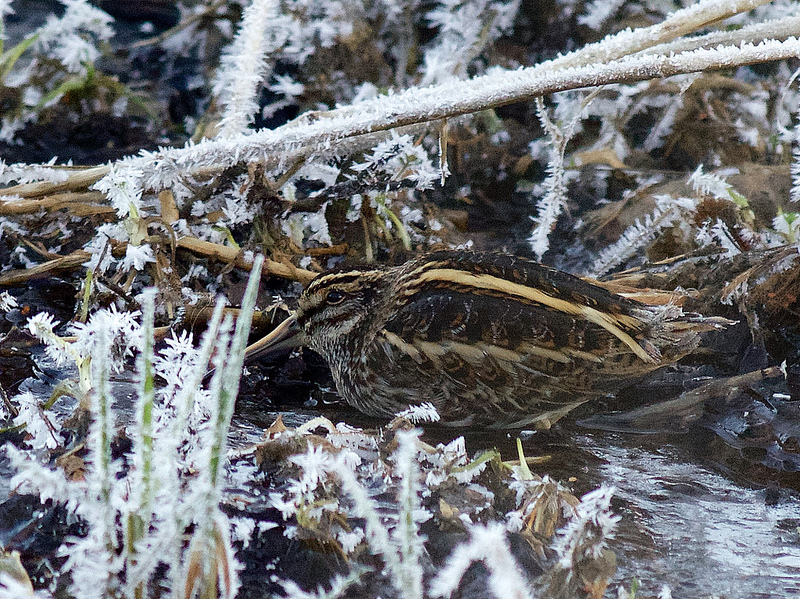 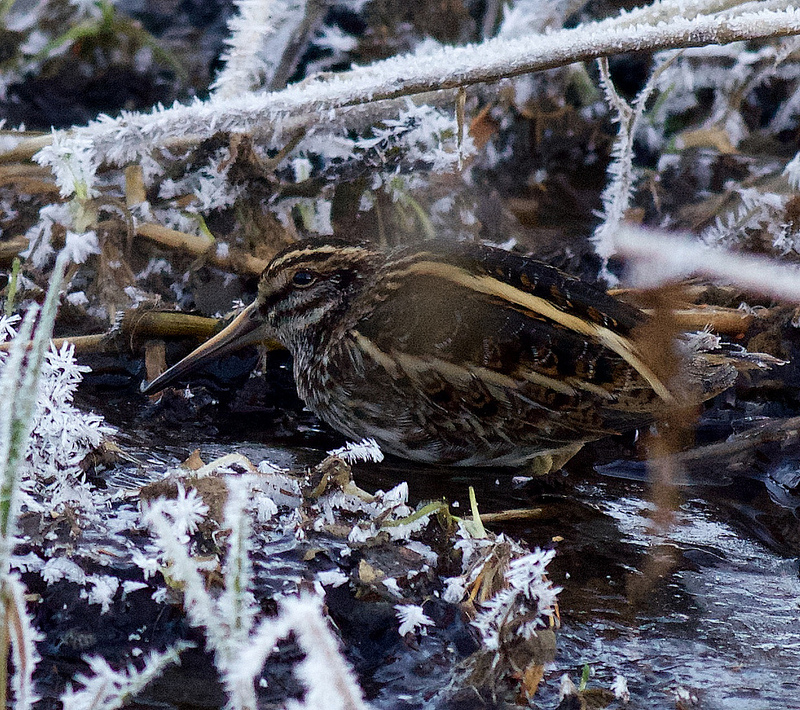